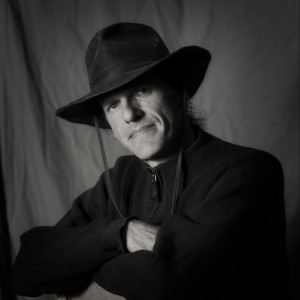 With the launch of this new website, I am stepping out a bit more onto the grand stage that is the internet, as well as expanding my own forays into the professional world of photography, and I thought it might be appropriate to introduce myself through the site with my first ever blog post!

My name is obviously James DeWalt, and I originally came from the heart of Amish country in Lancaster Pennsylvania. I grew up with deep family connections to photography, with my grandfather being a VERY avid amateur photographer, and my father somewhat following in his steps as the family “picture taker” for vacations, family gatherings and the like, rather than attempting the more detailed realms of the work. The combination of the two, and the near constant posing for family photos or simply listening to the two banter about camera settings, lighting and basic compositions left me quite unexcited about the work, and ultimately no desire to get involved in any way outside of a basic class in high school to fill a space in the schedule.

One aspect of my childhood that stuck with me was a great appreciation for music, with many family members being musicians themselves. I never personally found great enjoyment out of playing, having made an attempt with clarinet into my early high school years and another brief stint with guitar later on, I had a hard time with the disciplines of practice and eventually gave up on it altogether. I ultimately relegated myself to a great enjoyment of it in its many variations, whether classical or jazz, heavy metal, reggae or rock and roll, and have grown to appreciate most music out there in the world. That love led me to a sound in my late teens that would change my life forever, being the music of the Grateful Dead. I ended up following the path trod by many before me, and decided to take up the road and “Tour” with the band, traveling around the country from venue to venue on a grand adventure that landed me in Boulder, CO in the summer of 1995 after what became the final shows of the band with Jerry Garcia.

About 5 years after my arrival, the world began to see the dawning of a new incarnation of photography, and the point and shoot camera emerged to grow into it’s own, forever changing that art and putting it in the hands of the every day man and woman. I decided to ride along on that wave of technology, and began to play with the craft, juggling my picture taking between hikes and adventures in the forests and mountains and various concerts, live music events and festivals. Colorado is no stranger to either realm, so I quickly became inspired to dive deeper and take better images, eventually breaking down and buying my first DSLR in 2007, specifically to capture photos at the mecca of all live music venues, Colorado’s famed Red Rocks Amphitheater. It took me a few more years to try and wrap my head around manual photography, but from there, the whole game changed

Having spent the majority of my life in a completely different vocation, that of all things restaurant and bar since the age of 13, until about 5 years ago or so I had never really envisioned myself getting involved in photography or writing in any professional way. My passion for photography initially grew with a desire to share my experiences with those friends and family who couldn’t be there with me in my experiences, and as I took the displaying of that passion to the world of social media, it seemed fitting that I accompany the images with a bit of writing to give a more well rounded depth to the image, and I continue to do so to this day. Sometimes the writings are the story behind the image and how I came about the encounter or scene, in the case of my wildlife imagery I often provide information about the specific animal in the image, whether basic facts or just their day to day behavioral activities, and sometimes the writings are simply philosophical thoughts and musings inspired by the image itself or feelings invoked by being at the spot a photo was taken. As I dive into the blog world, I imagine my writings will vary along the same lines, and will likely also be throwing in a newer aspect in the way of offering basic tips and tricks to aid new photographers along their own path in the art. Whether shooting the beauty of the natural world, concerts and events, portraiture, or just about anything, it is all part and parcel to this grand adventure called life, and I hope you enjoy these ramblings along with the photography itself as I stretch my legs and my mind and begin to explore yet another new world!